The brain (specifically the hypothalamus and pituitary gland) and the ovaries “talk” to each other with signals called hormones. These hormones control the menstrual cycle. The hypothalamus in the brain releases a gonadotropin releasing hormone (GnRH), which then signals the pituitary gland to produce follicle stimulating hormone (FSH) and Luteinizing hormone (LH). FSH and LH both allow the egg to develop, mature and be released from the ovaries, as well as increasing the estrogen hormone. Estrogen is important  in allowing the egg to mature. The egg is released in a process called ovulation. This brings the mature from the ovary to the fallopian tube where it can meet with sperm. Once ovulation occurs estrogen and progesterone hormones are made to thicken the lining of the uterus for implantation of an embryo which could result in a pregnancy. If an egg successfully “meets sperm” then progesterone is made until the embryo is 10 weeks. If the egg does not meet the sperm, estrogen and progesterone are no longer made, and the lining of the uterus is released, called menstruation. The low estrogen signals the hypothalamus to release GnRH… and the cycle continues. 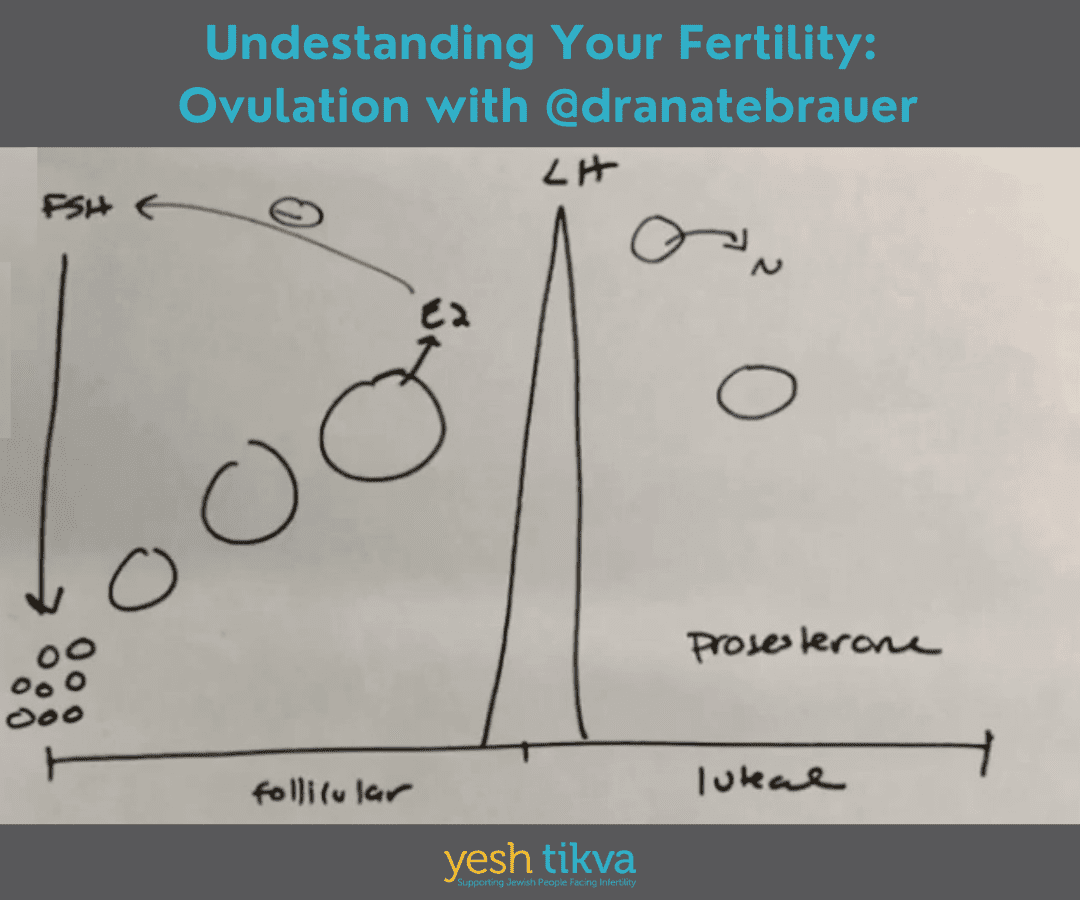 Based on our understanding of the menstrual cycle, you can now see why hormones can be a vital part of infertility treatments. The main goal of hormone treatments is to allow for egg maturation and ovulation. Mature eggs that begin the process of ovulation means an increased chance of getting pregnant.

For additional information you can visit the American College of Obstetrics and Gynecology, American Society for Reproductive Medicine and Women’s Health.

BE AN ACTIVE SUPPORTER!

Stay connected to empower yourself with the knowledge to support yourself, family or friends facing infertility.

How can we support you?
support@yeshtikva.org

We are committed to financial accountability and transparency. Yesh Tikva has received silver level status at GuideStar.